Good evening everybody and welcome to Whose Line Is It Anyway? On tonight's show:

And I'm your host, Drew Carey. Come on down, let's have some fun. 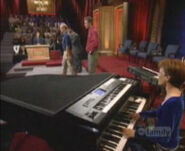 "Hoedown"
Add a photo to this gallery

Retrieved from "https://whoselineisitanyway.fandom.com/wiki/Episode_2-25?oldid=32407"
Community content is available under CC-BY-SA unless otherwise noted.